That aside after the move we took S.D.G.T up to Dare Protoplay in Dundee and showcased it to the public to help us make a decision on the future of the project, which was basically do we move to iPad, PC/Steam or start a new IP. The weekend started horribly since our table was double booked and I was late getting there so we lost our spot for the day to another company. Luckily when we did get our spot on the second day our first player just so happened to be looking for new games to publish under their brand... and they loved S.D.G.T! So for the first time that afternoon we sat down with a publisher talking about our thoughts on the direction of the project over a smoothie and landed ourselves a partnership.

So hopefully by April 2014 we should have our first iPad title released under a new name, which we cannot make up our minds on but here are some ideas we are floating around:

Well this morning I woke up with a surprise couple of emails from peer review passing S.D.G.T and I tried not to get excited but I could help thinking shit thats enough for the game to go live...

Sure enough its now live! :D Couldn't believe it, I have had to forget that the game even exists lately since its so frustrating seeing it fail and waste so much time but now I just don't care, so happy its all finally over!!

For anyone that hasn't seen me shouting all over Facebook you can grab the game here, hope you guys enjoy it!
Posted by Unknown at 09:59 No comments:

Well today i woke up to the usual torrent of emails and drudged through them with the usual lack of enthusiasm when I noticed one from my mum and in my half groggy state I noticed it was something about our game. Turns out she was showing me that our game now had its first Google page of hits and I know this sound sad but Wow did that feel good!

It feels so good to see people talking about our work.

Only shame about it is that everyone is sharing an old video so I have been signing up to all these sites trying to get them to update the videos which made me realise I had yet to update it here.

So without further adieu I present to you our first promotional Video of S.D.G.T

Last week I had a couple friends come over for a longer testing session of the game and it now feels like the balancing is almost three fifths of the way there! I just have to balance the final two sectors (8 waves each) and their corresponding weapons so its feeling close now! I do have to admit that its hard to keep my motivation to keep going up so often and so long, have had to a couple days to myself to recuperate in line with my usual work, collapse, work routine.

However during this period of collapse I have managed to produce something I am very excited about, in fact six somethings. Below are six videos of my latest attempts at a promotional video for SDGT but I cannot decide which direction to choose for the backing track so please, suggestions and comments welcome!

Unfortunately I cannot embed videos from Vimeo, which is a shame, so sorry for all the links. I have included one from Youtube since I cannot upload more than 5 videos a week to Vimeo anyway.

So I was just reading this article about the twitter hash tag #1reasonwhy which was a topic spawned from the simple question "Why are there so few lady game creators?" and I felt the need to add my 2 cents but to get there I first need to go off in a little tangent so bear with me.

I don't know if this is just me but I have a strong feeling that this next bold statement will make most male developers nod their heads and probably offend most female ones but here it is, girls are attracted to dick heads. Granted I hope this is not the case for women, being only 23 I don't feel its my place to comment, but growing up as a guy its a sad truth. Being the sweet, dependably, smart or sensible guy gets you no where other than the friend zone and I think this is something that gamer, especially developer, guys can relate to most keenly. I think this stems from the very nature of being a developer where in order to endure the crazy hours and steep learning curves you have to be passionate about games which means you probably spent most of your teenage years playing games rather than speaking to girls. Granted this doesn't necessarily suggest developers are sweet growing up however I have noticed, and personally feel, most students who plan to attend university tend to be sensible enough to realise being 'a dick' is more hassle than its worth.

Now to help reinforce my next point and bring the conversation back to a more mature level I will propose an experiment, one most of you will not need to test yourselves since I have no doubt most will already know the outcome. Join any online game then instead of playing, just watch the chat channels and try to pick out the patterns of who is speaking. If the conversation is dead as soon as someone with a suggestively female username starts to speak the conversation immediately picks up. If it appears there are no girls online the conversation dies. My point, gamer guys crave female attention so much so they will forget about what they are doing, even playing games, to speak to a potential girl despite knowing nothing about who they are, what they look like or even where they live. Include actually hearing a female voice online and it goes even further. I know of a good few girls that love to play the latest Halo's or Call of Duty's but won't ever use a headset because they get spammed and even stalked all too often just from speaking.

My point from all of this is simple. Mention girls to gamers and heads will turn more than most other demographics and I don't think I am alone in noticing this. I am attempting to develop for the XBLIG marketplace where some of its most successful titles are things like 'Don't Die Dateless, Dummy!' 'Dont B Nervous Talking 2 Girls' and 'So Many Girls So Little Time'.

Unfortunately for most gamers, girls are usually a massive distraction and I think most employers know this all too well, although to be fair to both sides I also feel this is a reason less women even apply to games positions in the first place. I can't imagine being 'hit on' or flirted with every day being a positive experience when you are just trying to be taken seriously and do a good job, although granted there will be a few that will crave the extra attention but that is obviously an undesirable distraction in the workplace anyway.

As a final point I would like to show that although I strongly believe this to be true I also think it is a tragedy. I am attempting to start a company that currently consists of two male programmers, including myself, and a male artist yet I would love the next position to be filled be a female artist to add some diversity to our team and ideas.
Posted by Unknown at 10:45 No comments:

OK so its pretty obvious at this point that we didn't hit our massively ambitious deadline of finishing by the end of the week (11th) but in my defence I have been tied up since then still supporting a project that should have been finished months ago.

None the less I have had a few testers over to play the first boss sector and give us feedback, which so far has been really good although it has reinforced that we need to make things a bit more intuitive as not everything is instantly obvious to players. Once that is done I can get back to balancing the rest of the first half of the game and once its done I will be submitting it to peer review, which reminds me...

M$ (Microsoft) has really been driving me crazy this week and further fuelled my hatred for them (ironic since I have chosen to develop on Xbox). Turns out they don't care about the XBLIG sector at all and have thus removed any support which considering we pay $100 a year for membership is really not cool. Since I cannot login to the site with my main account(been like this for a year) I have to make a new account and pay the $100 again in order to submit the game, sure I could hopefully get a refund in the future but since the support team seem to have vanished in favour of W8 and WP7 but if people are struggling to get responses just to look into their account settings I can't even imagine the hassle I will go through to get a refund.

Forum posts if anyone is interested in the lack of support here
Posted by Unknown at 18:22 No comments:

Over the past couple of days we have been working to promote our Facebook page and decided to promote it with an advert which made things pretty exciting. We got close to 30, 000 'reach' by the second day and over 40 new likes which was understandably exciting but we started to notice some patterns. Firstly the likes where coming in too consistently, every few minutes and then a break every half an hour or so, the likes where irrelevant of any specific counties we had targeted and worst of all it looks like the 'people' where either bots or are getting paid to like pages. These 'people' would have sometimes over six thousand likes and be consistently liking pages once every minute or so, clearly not enough time to actually read them, supported by the number of people viewing our individual posts which never improved for the new likes.

We have edited the advert to not care about people liking the page and just effect reach instead which has instantly stopped the flow of random people liking the page. Hopefully this means anyone new is genuinely interested in our content but this experience has left us very dis-heartened and ruined any chances of salvaging real marketing statistics from the ad.

Sure its great we now have a more respectable number of likes for the page but our verdict. Avoid Facebook advertising at all costs. 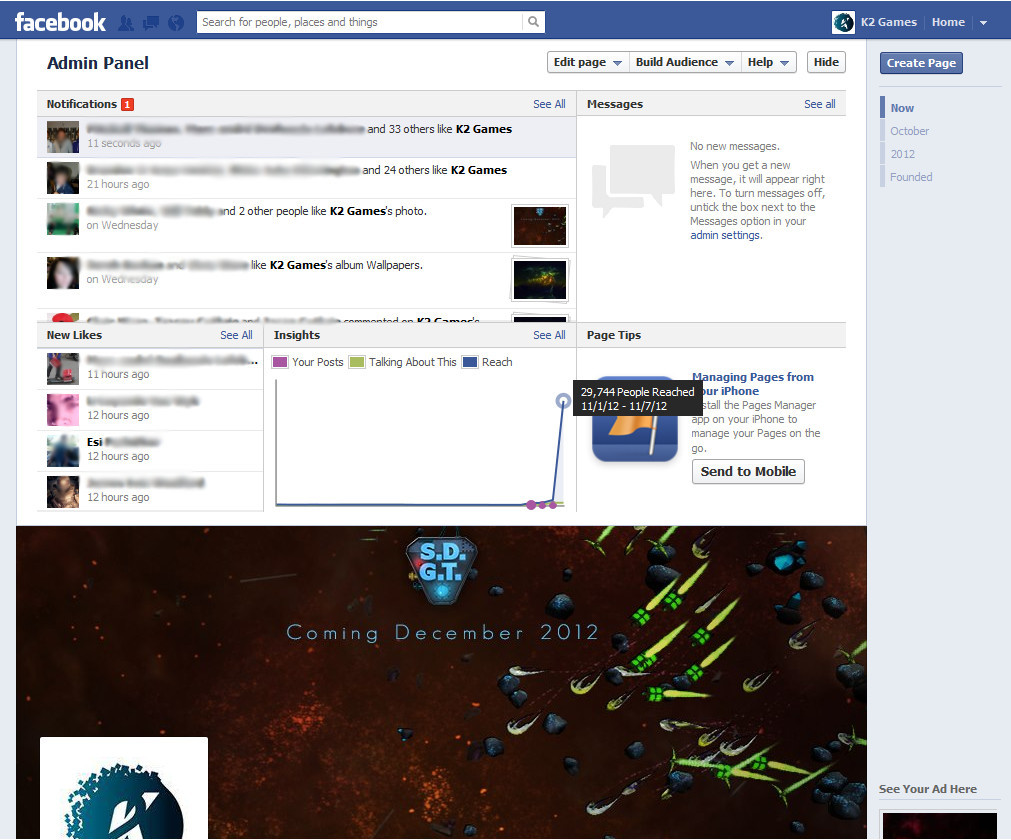 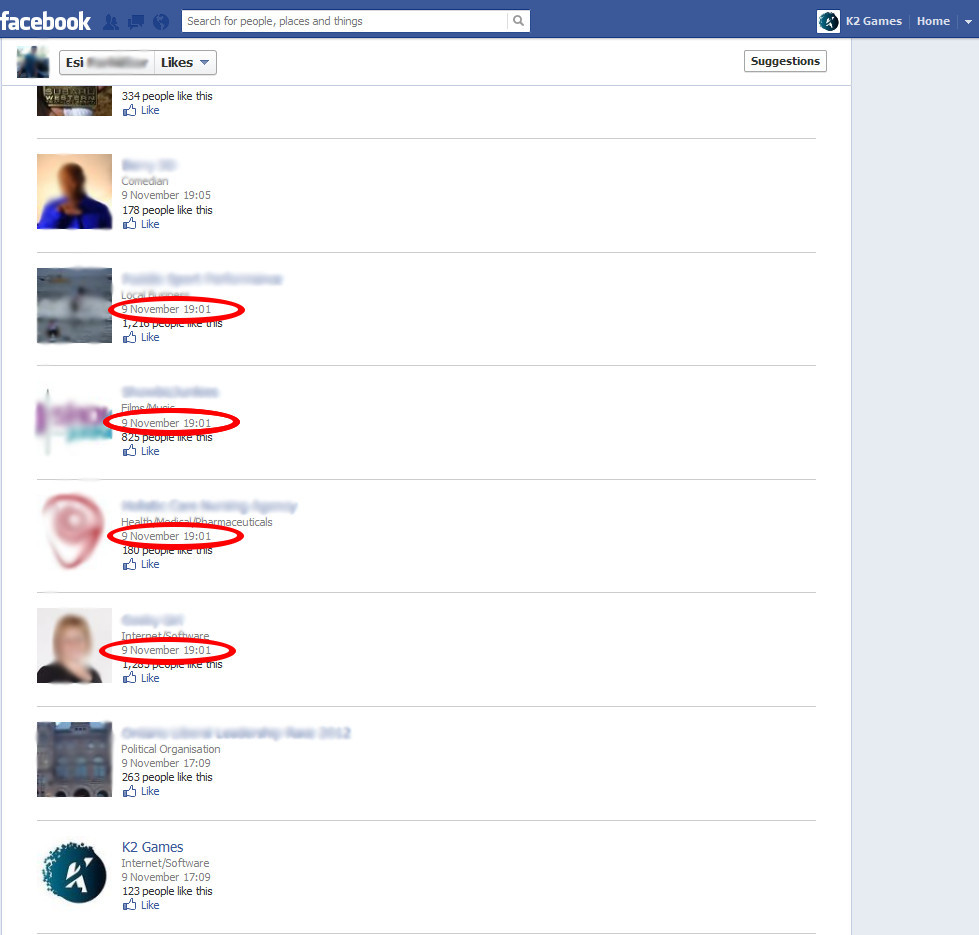